Beer is the most beloved drink in the world. It has long been downed at pubs, the classic meeting place outside the home. Whether it’s a casual hang out, family dinner or late-night professional gathering, beer serves as a force for bringing people together around the world. There are thousands of popular, craft, and boutique beer producers that make a delightful beverage.

What’s more, you can brew your very own, very real, and very tasty beer from the comfort of your home. As a beginner at homebrewing, it can be quite overwhelming to pick a type of beer to start off with, given the fact that there are recipes for hundreds of beer styles plus countless variations. Common styles of beer include lagers, ales, wheat beers, stouts, fruit beers, porters, and steam beers. Each of these requires a different brewing technique, depending on the fermenting process.

Of all the beer styles to choose from, ale is considered the easiest beer to brew among most homebrewers. This is mainly due to the fact that it’s easy to salvage the beer in case you make some mistakes in the brewing process.

There are numerous types of beer under the broad ale category, one of these is the pale ale. Fruity, crisp, and copper in colour, pale ale is a medium-bodied beer that’s easy to drink. Continue reading if you like to further explore the world of pale ales and learn how to brew pale ale beer at home.

What Is Pale Ale?

Pale ale is one of the most popular styles of beer under the umbrella of ales. That said, you can easily find a pale ale brewing kit at every homebrewing supplies store. This style is hop-forward with a sweet malty flavour and a golden to amber colour due to the use of darker roasted malts along with light malts. Since pale ales are brewed with pale malt and top-fermenting ale yeast, they are bridging the gap between dark stouts and light lagers. Pale ales are with a slightly sweet finish, but not too heavy, which makes this style very approachable.

How to Brew Your Very Own Pale Ale at Home?

Anyone can brew classic, thirst-quenching beer at home successfully. There are no limits when it comes to the style and ingredients you wish to pursue since you are in control of the recipe. Among homebrewers, it’s well known that ales are the easiest style of beer to brew. This beer is very suitable for beginner homebrewers, simply because it is very easy to make up for any mistakes in terms of balance and drinkability issues that may occur during the brewing process.

Though it does take a bit of speciality gear to make quality homebrew, you don’t have to spend lots of money to get started. The easiest way to go is to just buy a basic pale ale brewing kit containing the essential equipment setup and ingredients that will make your brew days easier. It can be purchased online or at the homebrewing supply shop near you and also at most hardware stores. 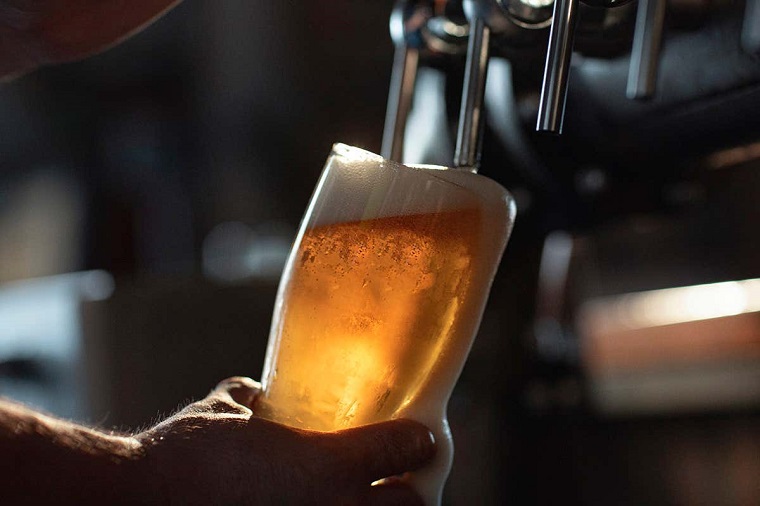 How do you make homebrew pale ale? Making a homebrew pale ale begins with getting the ingredients ready. You start with just four ingredients: grains, water, hops, and yeast, and it feels like you are getting something from nothing. Grains are up first, they are put through a gristmill that cracks and opens the kernels. And depending on the recipe or style, a variety of malt and grains can be used. Then those cracked grains are transported to the mash tun where they are mixed with hot water up to 68°C. Simple sugars in the grain are released during this process, which will later help create alcohol.

The sugary liquid, known as wort, is drained from the mash tun and transferred to a brew kettle where it is brought to a boil for around 90 minutes. Depending on the recipe, hops are added at different intervals to extract aroma, flavour, and bitterness, hence affecting the final result. When the boil is completed, the word is transferred through a heat exchanger to rapidly cool it before it’s pumped into a fermentation vessel that stands upright and where yeast will be added to convert the sugars into alcohol and release CO2. The process of fermentation can take a few days, and after that, the beer can be filtered and it’s ready to be packaged in kegs, cans, or bottles.

Stainless Steel, Plastic or Glass: What’s the Best Type of Reusable Water Bottle?
Tips to Get More Fruits and Vegetables in Your Diet
To Top