In the past few years, RC vehicles have become immensely popular, and for a very good reason. They are very fun to use, and not only for racing, as there are a lot of things you can do with them. Assembling, repairing, and maintaining RC cars is an art form all on its own, and once you start you’ll be hooked before you know it. All it takes is getting the right transmitter, a little bit of engineering on your part, and you’ll have an amazing radio controlled vehicle at your disposal.

This is always a big question because not all RC vehicles are made the same, even if the principle behind them is. Some vehicles are suited for different terrains because of their builds, designs, and materials, and there are very few exceptions. You wouldn’t want to use an RC buggy in the grass or an RC rock crawler in sand dunes. Even if the monster truck RC vehicle is great for pretty much all surfaces, you still want to make sure it’s equipped for the specific challenges you have in mind for it. 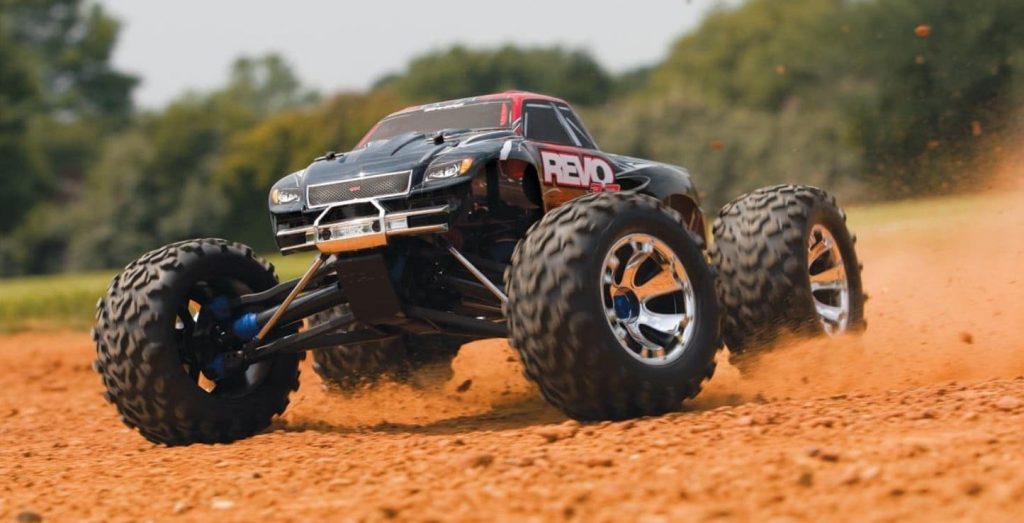 Grass is almost always the most popular choice of terrain for racing RC vehicles. That is kind of a paradox because grass is considered one of the most difficult terrains for racing radio controller vehicles due to its properties. No matter if the grass is tall or short, it causes friction for all RC vehicles, and of course, tall grass causes more. Friction impedes the RC vehicle’s speed and velocity, so you can’t expect to easily zoom through the grass as you might be able to do so on other vehicles. That’s why it’s wise to consider using either a short course truck or a monster truck for maximum effect.

Coming off from grass, which is very difficult to drive RC vehicles on, pavement is the complete opposite. Both concrete and asphalt always give off a nice boost to radio-controlled vehicles, not because they actually boost them, but rather they provide the least resistance out of all types of terrain. That’s why pretty much all radio-controlled vehicles can easily work on pavement, even though not all of them will be fun to drive, like the sand crawler. That means you can easily drive an RC monster truck, RC car, or a buggy without any worry on whether or not they’ll function.

Dirt, and in most cases, gravel, are an easy type of terrain that are quite popular to race and drive on. They’re not as popular as grass and pavement, but they are popular enough so that you should consider what works on them. Dirt typically doesn’t provide a lot of resistance, though gravel can be rocky at times, which could impede your progress. Even though gravel is mostly a roadblock of sorts, dirt is actually quite smooth to race on, and most radio-controlled vehicles are suitable for it. Well, except for the standard cars because they’re not suited for dirt at all, and if you want something that resembles an RC car, then you should know that you can easily use a radio-controlled rally car, which actually thrives on dirt and gravel. 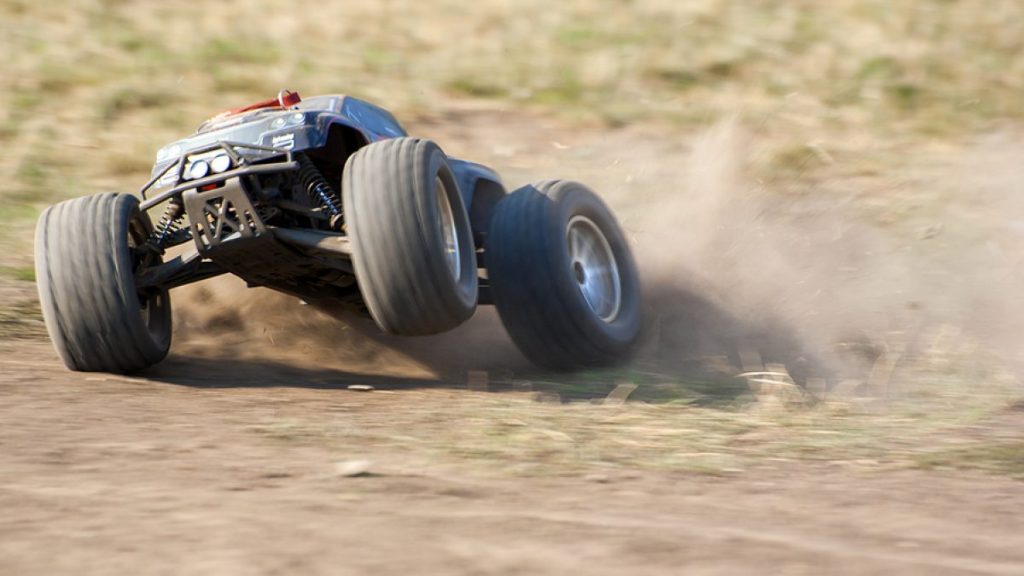 Even though sand is not popular for general hobbyists, there are still plenty of RC enthusiasts that prefer racing on sand dunes. The concept behind racing radio-controlled vehicles is more or less the same as with regular cars. You don’t want to have a lot of mechanical parts above the sand because they will get ruined almost immediately. However, there are plenty of RC cars, monster trucks, and buggies that can easily handle sand dunes by default, except you’ll probably have to change their tyres into sand tyres. Just don’t forget to carefully maintain and service them after driving any radio-controlled vehicle on sand dunes because a few runs without maintenance is all it takes for the sand to ruin your vehicle on the inside out. 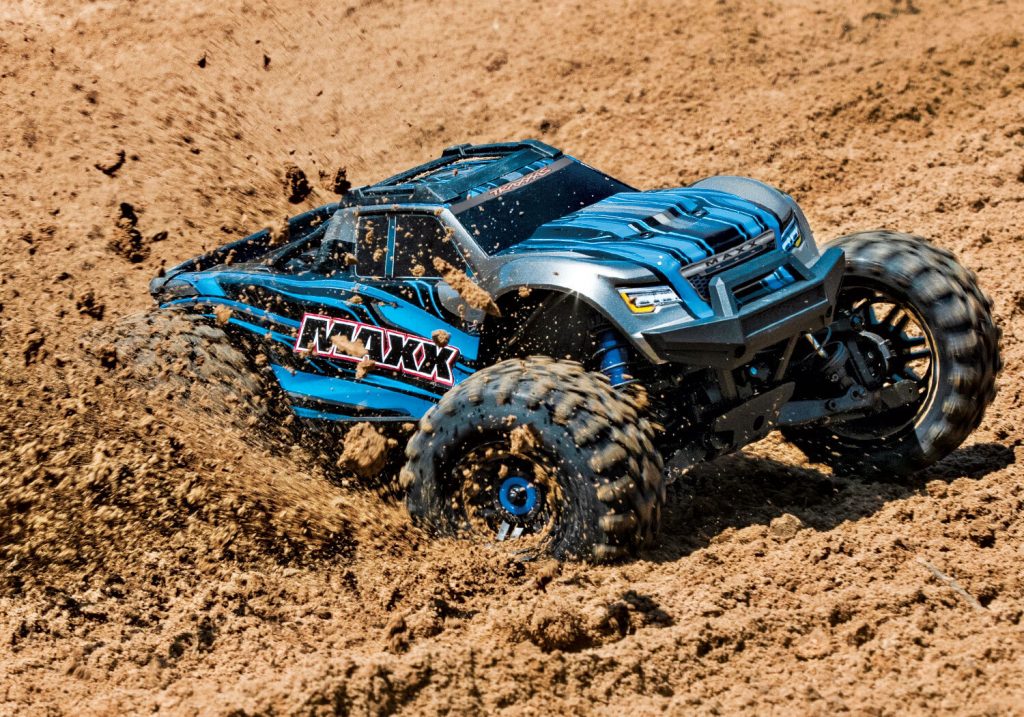 Even if the name implies otherwise, bashing rarely means crashing your vehicle head-on into something. Bashing is a previously derisive term for controlling an RC vehicle without racing intentions. If you plan on bashing, then you’re most likely concerned with pure fun, as in hanging around with your friends and racing around with your RC vehicles. Most bashing-focused RC vehicles aren’t concerned with top speed and acceleration and are simply focused on endurance. Racing, on the other hand, is exactly what it implies. However, most racers aren’t doing it for money because more often than not, the top prize is something like a trophy or ribbon because most racers are part of a club. Competition is usually fierce, and most racing-focused RC vehicles are light and quick, but not as durable.

In truth, there is not much competition between these two types of motors because in all cases, the brushless motor wins. However, brushed motors are significantly cheaper and easier to work with, and they are the default type of motor used in RC vehicles. However, they are usually open to the environment, so dirt and debris can easily enter the motor, so you have to maintain them very often. Brushless motors are just a straight-up huge upgrade performance-wise, but they’re also much more expensive. They also tend to degrade faster because of heat build-up, so if you want to stay competitive, heat is something you have to keep a constant eye on. If the engine degrades, you’ll have to replace it immediately, which can be significantly costly.

Keep Birds Away: Boat Bird Scarers Buying Guide
How to Choose the Right Solar Panel for Camping
To Top