How do you wear a rugby shirt without looking like a prep in a 90s Polo or Tommy Hilfiger ad campaign? You’ve got your saggy jeans with logos on them, a decent amount of primary colour-blocking, sporty-casual pullovers that just scream casual Americana – a combo of sportswear and a tad bit of urban style thrown in the mix for that mass appeal. Somewhere in that style, there’s a men rugby shirt – a bold, long-sleeved model with blocky stripes and a contrasting collar that stands out more than your average T-shirt. 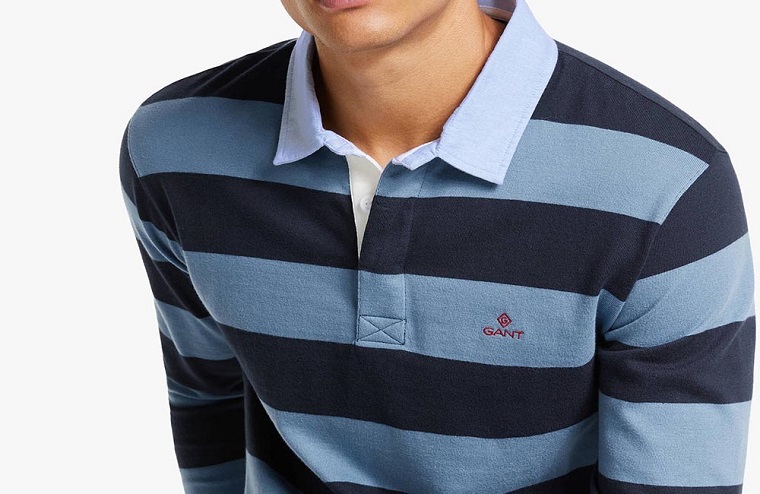 Today, menswear and streetwear are seeing a revival, with throwback sportswear and logos making their way back into every man’s wardrobe. It reminds us of a simpler time, and also that fashion trends come and go. In the past few years, men rugby shirts have seen a tremendous spike in popularity. But in order to understand the present, we must first understand the past, and the history of rugby shirts is somewhat intriguing.

Modern brands like Palace, Chaps, Supreme, etc. have all put their hand in the pot, and they’re all trying to fill in the market gap of this sportswear preppy staple. Still, its origins are over half a century old. Rugby started up in the UK in the 1830s and quickly grew in popularity over the years. The name of the sport derived from the name of the school that “invented” it – the Rugby School, which was the first team to play with an official uniform.

The original rugby uniforms were wool sweaters and white pants. In due time, however, it shifted to long cotton flannel shirts, a cap, long pants and a bow tie, which is almost the complete opposite to today’s polyester-based, slim uniforms. The earliest mens rugby shirts had a thick construction made of cotton, and they featured rubber buttons and short collars. This made them tough enough so they wouldn’t rip, and the buttons would be undone instead of fall off. The collar also stayed in place and wasn’t easy to grab, which helped players. 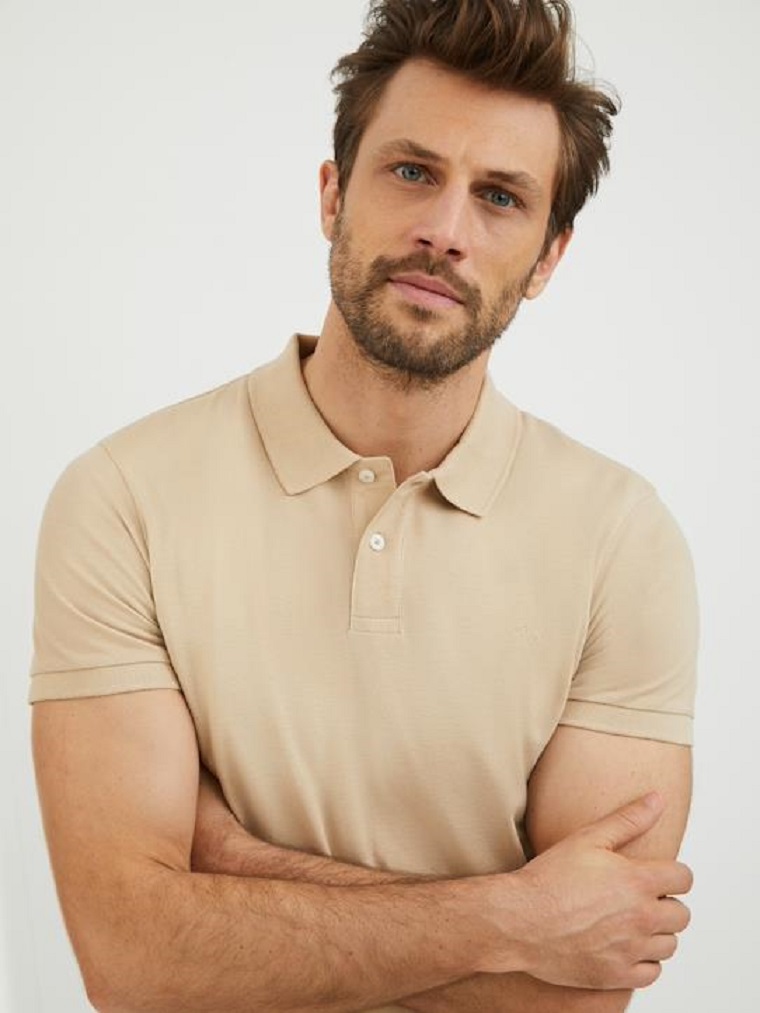 The shirts eventually became striped, which is their number one noticeable feature today. Most of them have either five or six stripes in alternating, contrasting colours, but many modern casual wear models stray away from this template. In fact, many of them aren’t striped at all, and they resemble Polos. Polos initially featured button-down, pointed collars. But the origins of the Polo shirts have nothing to do with the sport, but instead, it’s a style that goes back to the tennis court. Similarly to the Polo shirt, mens rugby shirts became casual wear somewhere in the middle of the 20th century.

These styles originally represented exclusivity and competitiveness, and you didn’t have to join the rugby club to sport one. Over the next few decades, the rugby shirt went in and out of style. Heavily colour-blocked versions were dominant in the 80s and informal American heritage vibes were prevalent in the 90s. But rugby teams have slowly drifted away from these designs for obvious reasons. Sportswear, in general, has gone towards performance-based materials, such as stretchy, thin elastane and polyester combos that are enhanced with antimicrobial, quick-drying and moisture-wicking properties and a tighter fit so there’s less material to grab.

That being said, most rugby shirts today are made of a synthetic blend that sits closer to the skin, wick away sweat, are breathable and provide tear-resistance than the traditional cotton models. Furthermore, most men’s rugby style shirts meant for the sport feature small rubber bubbles to the shoulders and chest which help with grabbing the ball or holding onto another players shoulder. And instead of embroidered graphics, they feature sublimated logos and colours that hold better through extensive washing. Most of these changes came in the early 2000s. 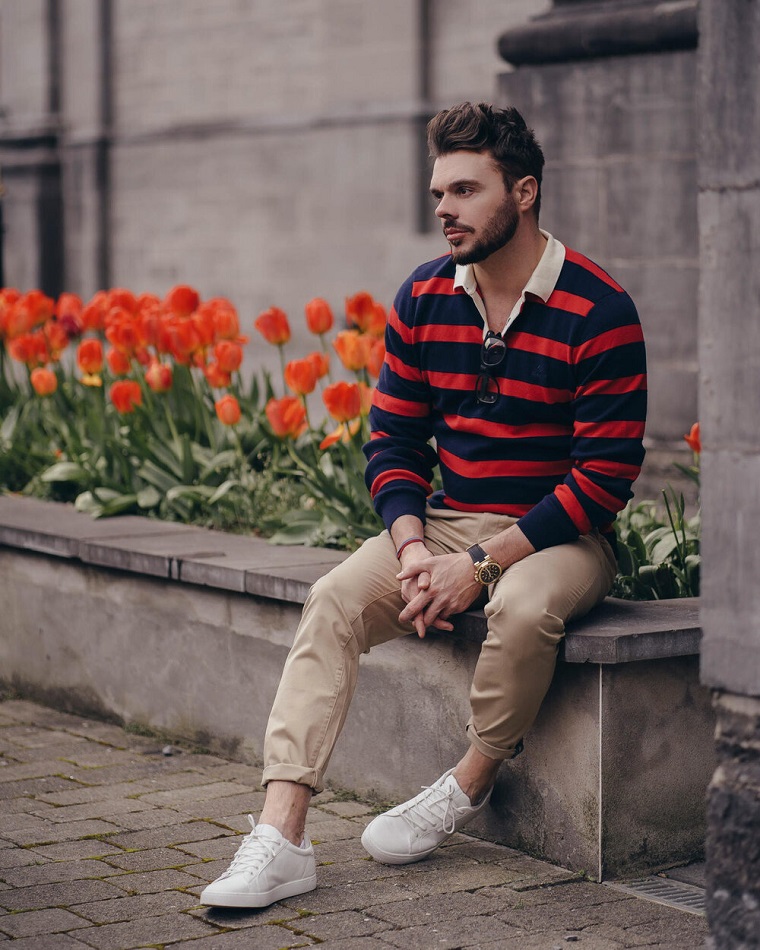 So how do you wear a rugby shirt around town without looking like you’re rushing to the local game? Without a doubt, you’re definitely going to get some attention, as, after all, the rugby shirt is a statement garment. Luckily, it fills the same role that the Polo does, so you won’t look too out of place. It’s a semi-casual garment that you shouldn’t be wearing to formal occasions. Having said that, you shouldn’t wear one in places you wouldn’t wear a Polo. Combine it with a neutral pair of jeans or khakis and simple sneakers.

If you’re aiming for a more athletic look, you can wear it with jogger pants. Again, make sure the joggers are neutral so that the stripes on the rugby shirts do their thing. Avoid any dad shoes, and just rock some solid-colour kicks, something like Vans, Stan Smith and simple-design Nikes or Adidas work too. If you’re confident and fashion-savvy, you can try basketball shoes, but, it’s easy to go wrong with them. Finish the look off with a track jacket.