Freeze-dried food has exploded in popularity among campers and hikers over the past decade. And for good reason, because it’s delicious, lightweight, and incredibly easy to make when out on an adventure. Freeze drying food, or flash freezing it, forces all of the water out of the food and leaves behind a vacuum-sealed packet of solid food that can be easily stored for years. Unlike many other forms of preserved cooking, freeze-drying prevents food from rotting as much so it is ideal for preserving fruits and vegetables without losing too much nutritional value. 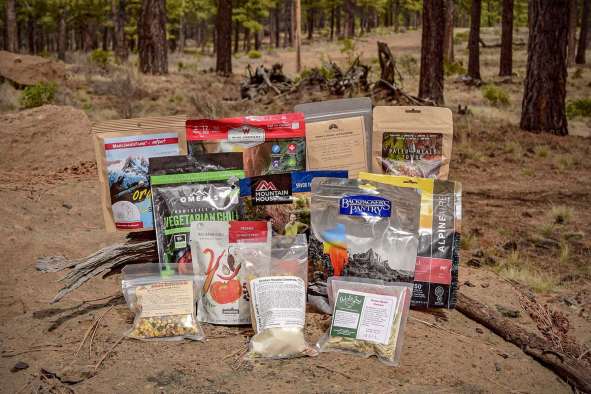 How Does Freeze-drying Work?

The process starts with fresh, raw, or cooked food placed into a specially designed chamber. An industrial vacuum then sucks out most of the air and moisture in the food, which is then frozen to minus thirty degrees Celsius (or 24 degrees Fahrenheit). The frozen water molecules are removed from the frozen food by a gentle heat process called sublimation where there is no real change in temperature.

The result is a product called a dehydrated meal with incredible shelf life, some types even lasting for years depending on the items being freeze-dried. Foods are often labelled “25-year shelf life.” Freeze-dried foods can be stored at room temperature and still maintain high nutritional value.

The low oxygen environment in freeze-dried foods helps to maintain flavour, colour and texture while killing microorganisms such as bacteria, yeasts and fungi that cause spoilage and foodborne illness. Freeze-dried foods have high concentrations of vitamins and minerals because they are not exposed to heat or air during processing.

Is Freeze-drying the Same as Dehydrating Food?

Freeze-drying of foods is most often used to preserve highly perishable foods that would deteriorate quickly if left in their frozen states, such as fruits, vegetables, meats, and seafood. The water contained within these foods is usually frozen and removed by a process referred to as sublimation. Freeze-drying is also used to preserve non-perishable foods, such as prepared meals or pet treats that have been packaged in pouches or cans and jars. In this case, the food items must be pre-cooked before they are freeze-dried to ensure they are fully cooked when they reach their destination.

The dehydration of foods removes water from them by using heat under low-pressure conditions. The majority of dehydrated foods on supermarket shelves have been heat-treated first to kill bacteria and insects before dehydration. After this process has taken place, a dehydrated meal requires no further cooking before eating or utilizing it for other purposes. 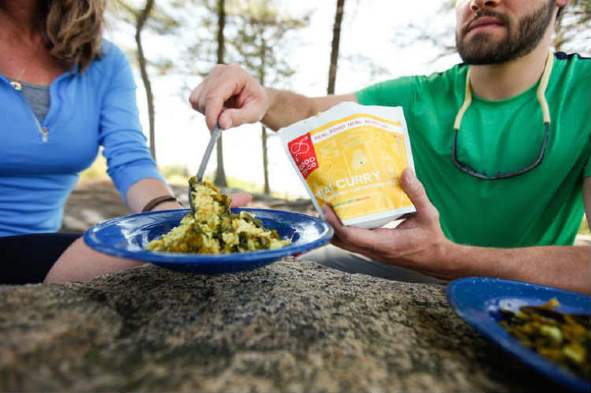 How Long Will Freeze-dried Food Last?

As established, freeze-dried food has a very long shelf life. This can further be extended by storing it in a cool, dry place. For example, a basement is usually perfect. In the kitchen of my home, I have two ways to keep freeze-dried food from spoiling: an unheated basement and an unlit attic. Whenever possible, store your freeze-dried food as far away from heat sources as possible.

Tightly packed containers will last longer than loosely packed ones. Loosely packed bags decrease the shelf life of the foods tremendously because the oxygen is constantly being drawn out of the bag. But what if you don’t have any storage space at all? If you are in a situation where you are using your freeze-dried food within six months, then you should not have any issues with spoilage or lack of nutrition in your foods. You will just lose some flavour and texture. This is why it’s useful that you get more than one case of freeze-dried food if this is going to be the case.

Freeze-dried Food is a Great Choice for Outdoor Adventures

The various ranges of freeze dried food is a great choice for camping and hiking essentials, but there are some things you should know before you buy it. Freeze-dried food is often called “camping food.” But it’s not just for camping. It’s light, keeps well, and can be eaten cold or hot. This makes it a good choice for emergency preparedness, as well as for weekend camping trips.

Taste is important to most people, but to backpackers taste may be less important than convenience and weight. Backpackers want lightweight, compact meals that are easy to prepare and don’t require cooking or refrigeration. Most freeze-dried foods fit the bill perfectly. They are lightweight and take up little room or weight in your pack. Many come with plastic or paper bowls and spoons so you don’t have to carry them separately.

When did Freeze-drying Food Become Popular?

Freeze drying food became popular after the invention of the freezer in 1922. As a technique, the idea dates back to at least 1805, when a Parisian inventor named Nicolas Appert patented a process for preserving food by removing all the water from it. The resulting product was called “appetizer” food.

The idea did not catch on immediately. But during World War II, it was adopted by the British Royal Navy for use in supplying its ships. In 1943, the United States military began using it to preserve blood plasma. That led to civilian use; by 1946, blood plasma was being preserved and sold commercially. And then the rest of the world caught on too.

One of the best things about freeze-dried food is how easy it makes bringing your dinner with you into the wilderness. All you have to do is bring water, simple spices, and a heat source and it’s as good as dinner time.

Some freeze-dried food brands also come with their heating packets which are essentially chemical powders that once mixed with water rehydrate the food and make it taste just like it came out of your home oven. Many don’t require cooking utensils either since freeze-dried food dissolves in your mouth without making a mess or needing any cleanup.

Stay Hydrated: How to Choose the Right Water Bottle
Tennis Essentials: Pack Your Tennis Bag Like A Pro
To Top