A servo drive is most commonly used for the high-tech devices in industrial applications like the automation technology. It’s a self contained electrical device which rotates parts of a machine with great precision and high efficiency. The output shaft of the drive can be moved to a particular angle. The most common use of these motors is in home electronics, airplanes, robots, toys, cars, etc.

AC Servo
AC servo drives include an encoder that is used with controllers to give you closed loop control and feedback. It has the option to be put on high accuracy and can also be controlled very precisely which is compulsory for its applications. These motors usually have higher designs of tolerance for improved bearings and more simpler designs that use higher voltage in order to accomplish greater torque. The applications of an AC servo can mainly be found in CNC machinery, robotics, automation and other applications that need high levels of versatility and precision. 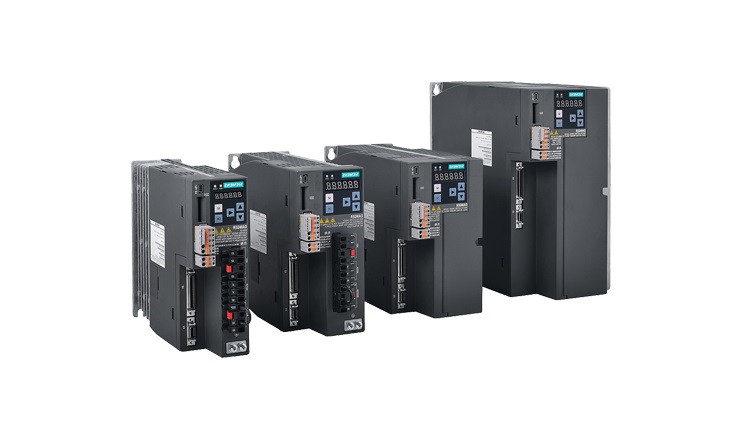 DC Servo
The motor used as DC servo drive generally has a separate DC source in armature winding and in the field of winding. The control can be managed either by controlling the field or armature current. Field control has some advantages over the armature control, and vice versa. Based on applications the control should be applied to the DC servo drive. DC servos have a fast response rate for starting or stopping command signals thanks to their low armature inductive reactance and are also very accurate. The main applications of a DC servo is in computerized numerically controlled machinery and other similar equipment.

Positional Rotation Servo
This type of servo is the most commonly used one. It includes physical stops found in the gear mechanism to stop turning outside the limits and guard the rotation sensor. Positional rotation servos are included in radio controlled cars, water, aircraft, toys, robots and many other applications.

Continuous Rotation Servo
The continuous rotation servos are tightly related to the common positional rotation servos, but they can go in any direction indefinitely. The control signal, rather than the static position of the servo, can be understood as the direction and speed of rotation. The range of potential command sources of the servo to rotate anticlockwise or clockwise as preferred, change speeds and are dependent on the command signal.

Linear Servo
Linear servos are similar to the positional rotation servos as explained above, but with extra gears to alter from back-and-forth to circular. These models are not easy to find, but you can sometimes locate them at a hobby store where they are used as actuators in higher-end model aircraft.

Continue Reading
You may also like...
Related Topics:industry, technology

Staying on the Road with Your Motorbike Is a Way of Life
From Start to Success: How to Start a Karaoke Business
To Top