Even after more than 20 years on Australia’s market, the LandCruiser Prado is still an extremely important vehicle for Toyota. It’s been one of the favourites among Toyota fans for over two decades, since its release in 1997. Newer models feature the long-awaited diesel engine, and there have been tweaks that have increased its torque and power, while using less fuel than the old oiler. 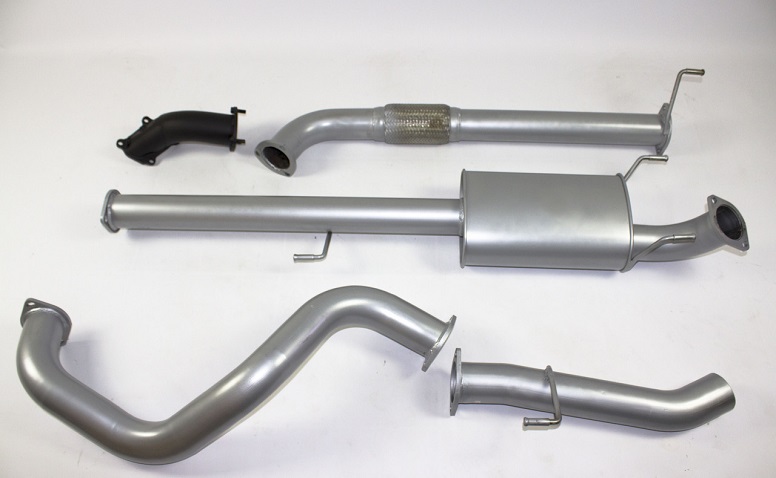 However, it’s still not perfect, especially not when performing off the beaten trail. But then again, to the avid off-road enthusiast, no stock vehicle is perfect. Almost each and every off-road enthusiast modifies one part or another, with the most commonly modified one being the exhaust system. The reasons are very straightforward – the exhaust system is the most affordable upgrade, and not only it increases the power and torque of your vehicle, it also reduces the fuel consumption. But how does an aftermarket exhaust system accomplish all of that? Quite simple.

You’ll usually come across an aftermarket Prado exhaust system that’s made of either stainless steel or aluminised steel. The main reason these two materials are popular is because of their durability, moisture, corrosion and rust resistance properties. Mild steel, which almost every stock exhaust system is made of, doesn’t offer as much resistance and it is not as durable as necessary in extreme riding conditions.

Lastly, some aftermarket exhaust systems look and sound better. The stock exhaust has a muffler whose main purpose is to cancel as much noise as possible, which is reasonable, as most stock vehicles are driven on roads where there are rules and regulations surrounding the subject. However, if you’re using your vehicle for off-road driving exclusively, you don’t care – your vehicle can growl as much as it feels like and be in beast mode for the most part!